And demonstrates the importance of Cultural Integration

With a 5,000-year-old tradition, the Chinese New Year – or Spring Festival – brings generations together and celebrates the arrival of a new cycle. It is considered one of the most important events in Chinese culture.

Atlantic – today incorporated into the asset portfolio of China General Nuclear Power Corporation (CGN) – celebrated the festival at its headquarters, reaffirming the importance of cultural integration. On January 17th, the employees dressed in red (a color that represents luck, happiness and fortune) and made posters with the word “福” in them, spreading the symbol of blessing, luck and happiness throughout the office. According to João Victor Baggio Molini, a lawyer at Atlantic, “it was an opportunity to get to know and learn from Chinese culture”. Typical foods and objects were also part of the celebration. 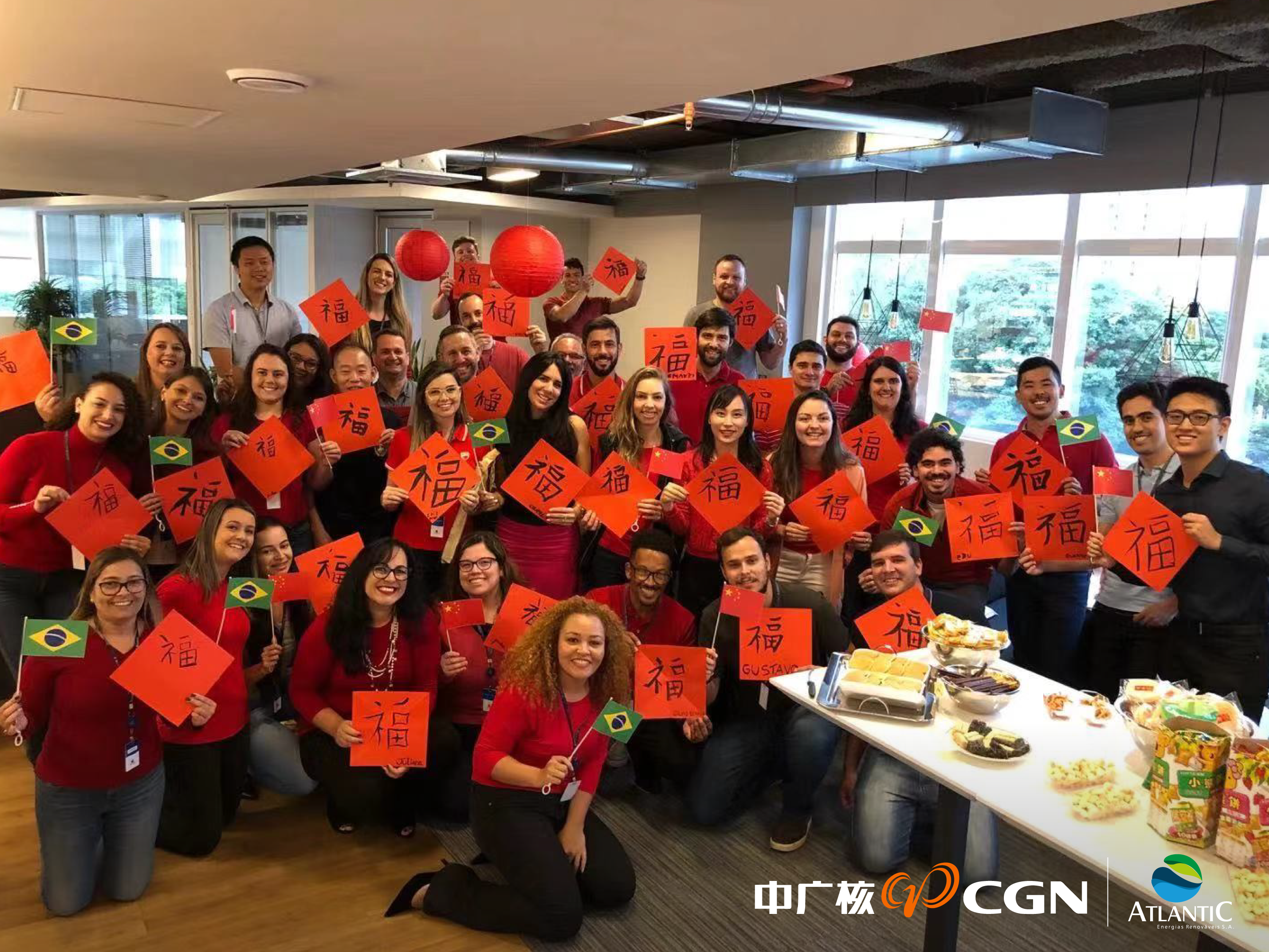 Based on the lunar calendar, the Spring Festival starts according to the first new moon of the year, having no defined date. During the celebration, different rituals are performed, such as gathering the family for dinner the day before, spreading red items around the house, eating typical foods and setting off fireworks at midnight in order to celebrate the new year and scare away bad spirits.

In 2020, the party will be celebrated on January 25th and will have as its symbol the Rat. According to tradition, every year an energy cycle closes making room for a new beginning. The 12 cycles are symbolized by the 12 animals that answered Buddha’s call to take part in a meeting. Buddha, in gratitude, transformed them into the animals that make up the Chinese horoscope. The Rat is the first of the 12 animals, starting, in 2020, a new astrological cycle.