Atlantic Energia is among the 500 largest companies in Southern Region

The company is also featured in Paraná State designation

The list was created considering financial data from Paraná, Rio Grande do Sul and Santa Catarina companies in the year of 2018. In this edition, 2.000 enterprises were analyzed in a seven month work. More than 40 professionals engaged with the initiative.

Prominent leaders in the ranking attended the awards ceremony that happened last week. In such occasion, the participants had the opportunity to exchange information, analysis and also project the directions of most varied economic sectors.

The ranking of the 500 greatests companies in the South of the country has been formulated for 29 years and acts as a thermometer for regional economy. The action’s main goal, besides constructing a complete parameter of the region, is also to generate value and relevance to the Southern business environment. 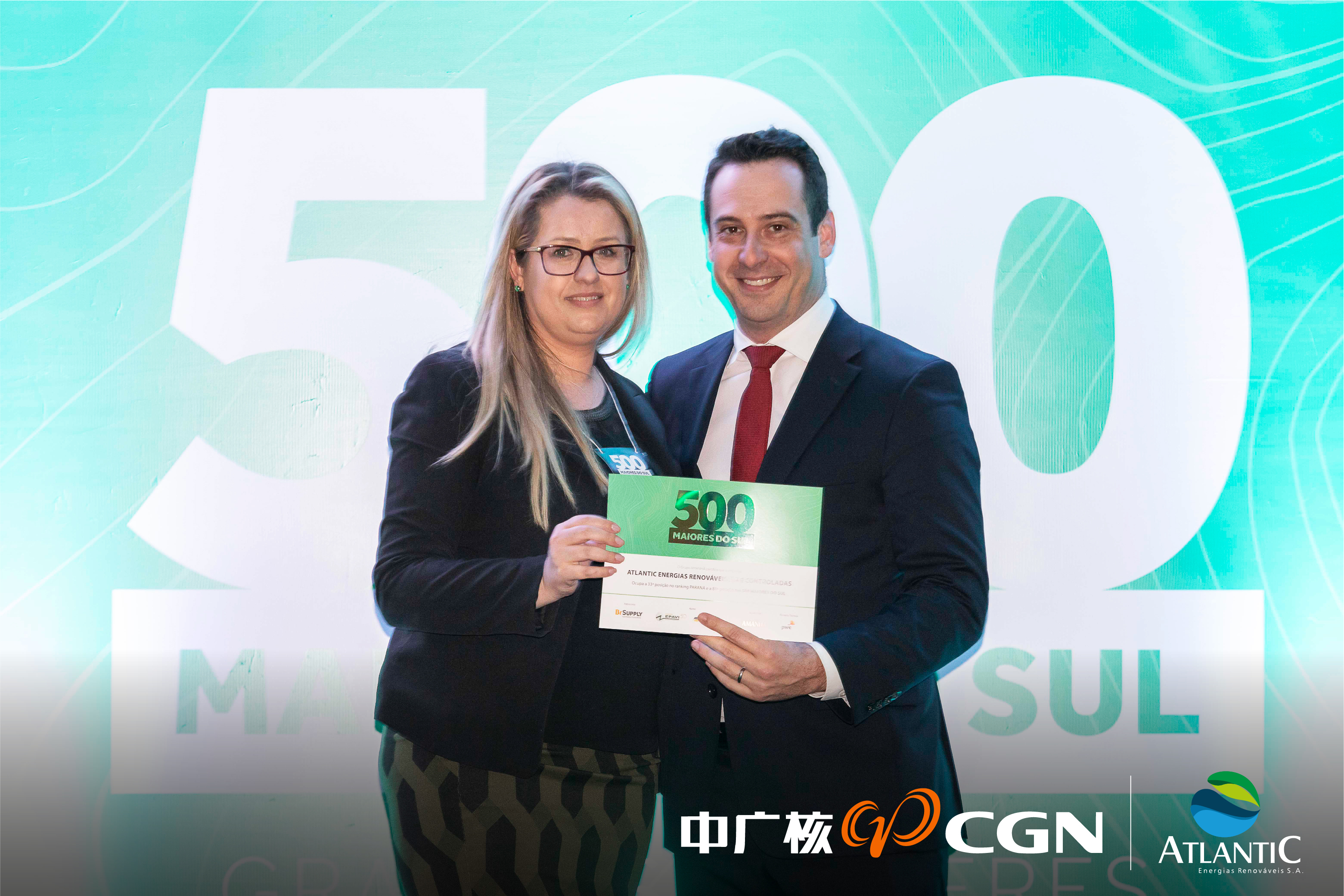